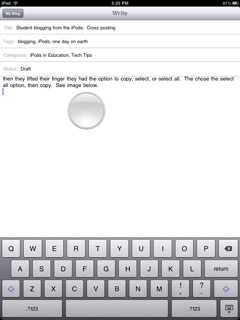 One thought on “Student blogging from the iPods: Cross posting”